We are so excited to have Sara Zaske, author of The First, here at Between the Bind - please help me in welcoming her! 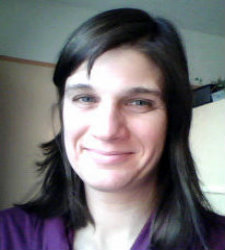 BtB: Did you always feel that you were destined to be a writer?

SZ: Oh yes. When I was seven, I kept a journal and was very careful what I put in it because I figured someday, after I, the famous writer, had died, all the literary critics would want to read it. Keep in mind, this is just after I learned how to write anything at all. I'm slightly more humble now.

BtB: What's the most difficult part of your creative process?

SZ: Revising. There is such joy in the first draft. It's so creative; I'm living in a whole newly-imagined world; characters start talking to me... yes, slightly loony but lots of fun. Revision is a darker time. I have to take things apart, look for terrible bits, and axe things I once loved. Not fun. But very necessary.

BtB: In The First, you are mixing two different races of humanoids but the innate characteristics of Cassie really help define a typical human teen. Do you identify with Cassie?

SZ: Well, we do share a character flaw: we're both super-talkers who like to make up stories. I only wish I shared her strengths. She's very brave and becomes more so throughout the story. And she was much cooler than I was in high school, but that's a low bar.

BtB: Who was the first author you can remember loving?

SZ: I loved Anne McCaffrey when I was a kid. I'm sure there were others before her, but I distinctly remember reading book after book in her dragon rider series, and never seeming to get enough. (BtB: I love this answer! And here I am thinking about Goodnight Moon and Babysitters Club...)

BtB: I'm sure we would all like to know if you are working on any new releases that you can share with us?

SZ: I am revising the first book I wrote, called Spitfire. As you might guess, it's about a girl who literally spits fire, which is not all that strange since she lives in a village where everyone has one magical power, only she can't control hers. When a dragon comes to town, he thinks he's found his soul mate, but it's awfully hard to carry off a maiden who can fight fire with fire.
BtB: Sounds amazing! I can't wait to read it. :) And now for a question
Beyond the Book:
If you could be any circus performer, which would you choose and why?

SZ: Love this question. Let's see... Can't do the highwire or trapeze because of of my fear of falling.
Being a freak might be interesting but having a body tattoo or a beard would get old after awhile.

I think some kind of animal trainer would be fun, but animals without sharp teeth and ones that enjoyed doing tricks. Maybe horses. Yeah, the lady who does fancy acrobatic stuff with a team of horses. Only I'm kind of tall so it would have to be draft horses. Yeah, I can see it. And I'd get wear a glittery costume with a tall purple feather on my head. Lovely.

BtB: Loving it! And I am now picturing you all Reese Witherspoony from Water for Elephants. Awesome. And now to the excerpt:

SZ: Rather than give you the first pages of The First, which you can download for free Amazon or Smashwords, I thought I'd give the beautiful readers of Between the Bind a juicy bit from the middle, when Cassie meets the dreamy Kodi, a First person who has yet to reveal the full extent of his super powers...

"I was concentrating so hard that I didn't notice the person standing behind me until the chair next to mine scraped back. I looked up to see Kodi staring at me with an amused look on his face. “Mind if I?” he asked, sitting down before I could say anything. Looking at the plate of ribs, he rubbed his hands together eagerly. “Mmm... my favorite.”
I was suddenly voiceless again, that same gasping feeling clutched at my chest. It was sort of like how I felt around Mike Garcia, only this was way more intense, more tinged with fear. Kodi sniffed like he could smell my anxiety. His smile grew wider revealing a dazzling set of white teeth with exceptionally sharp canines. They weren't long enough to be vampire teeth, but they were intimidating all the same. I must have been staring at them because he touched the point of one with his tongue thoughtfully.
“Don't worry I like monkeys,” he said. Then, he picked up his fork and stabbed at the ribs, pulling a whole set onto his plate.
I turned toward Violet, desperate for that calming effect she'd given me earlier, but she was listening to Ruby, who sat on the other side of her. Ruby was pointing around the room, giving her the names of all her relations. I slid my chair closer to Violet, pretending to listen while shutting out Kodi on my other side. I was too nervous to ask for any of the food that was being passed around the table.
Something landed on my plate with a thump. Kodi had put another smaller set of ribs on to my plate. “We carnivores have to stick together,” he said.
“Uh, thanks,” I said, pulling a rib from the rack as delicately as I could. There is no dainty way to eat ribs, but I was starving. I just knew I was going to get barbecue sauce all over my face. I looked around at the other people to see how they managed, but it seemed most of the redheads were vegetarians.
I searched the table trying to find other people who did not have the signature red hair. There were two sitting near Baumler, and sure enough, they had meat on their plates. I wondered if they were they like Kodi. A huge, brown-bearded man sat next to Baumler and had a whole salmon spread across his plate. He looked like a bear to me, and the woman next to him eating some kind of mushroom steak had a sharp look to her. She had thin slivers of eyes, a pointed nose, and even her graying hair was cut in a spiky shag. She looked very much like a wolf or a coyote. I shook my head trying to clear my head and pointedly grabbed the green salad when it came around.
“Omnivores,” I said to Kodi without looking directly at him. “Humans are omnivores.”
Kodi had his face buried in a rib, but he came up for air at my comment, barbecue sauce glistening on the corners of his mouth. “Ah yes, how could I forget? Monkey-people eat everything. That's why we have to stop you before nothing is left." " 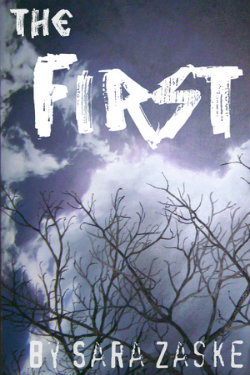 Blurb: A Young Adult urban fantasy/eco-thriller, The First, follows 15-year-old Cassie Craig as she discovers that her new friend Violet is more than just a little weird. She's part of a group of people who were here on earth long before us. Powerful people. And they aren't exactly happy with the way humans have been treating their planet...

Between the Bind: Review of The First

Sara has been kind enough to offer all of the wonderful readers at BtB an opportunity to win a FREE e-copy of The First!

To enter, please leave a comment to this post leaving your email address and answering the Beyond the Book question:
If you could be any circus performer, what would you be and why?

You will have until 11:59pm July 28 to enter. Winner will be contacted via email and will have 48 hours to respond. Giveaway hosted by Sara Zaske.

Want more chances to win? Check out the rest of the blogs participating in The First's Blog Tour.
Posted by Between the Bind at 12:00 AM 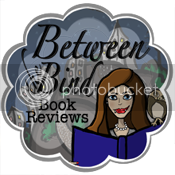